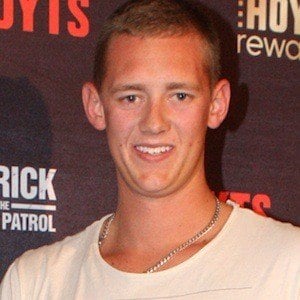 Before becoming an internationally renowned lifeguard, he attended Marcellin College Randwick in a suburb of Sydney, Australia.

His YouTube channel features a video of a surfing lesson he taught to American web star Bethany Mota.

He was born and raised in Bondi, New South Wales, Australia. He became engaged to Tahlia Plucke in March of 2018 and they married in 2020.

Maxwell and fellow lifeguard Harrison Reid were both featured on the Logie-winning reality/documentary series Bondi Rescue.

Trent Maxwell Is A Member Of