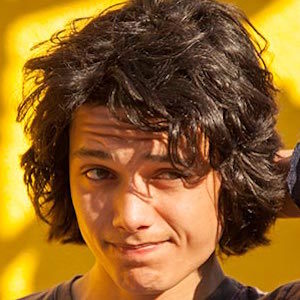 Professional skateboarder who skates for Skate Mental and Nike SB. He went pro in 2014 and not only ranked tenth overall that year but was also one of only three skateboarders who qualified for the SLS Nike SB World Tour through the Monster Energy Pro Open.

He dropped out of high school to focus on skateboarding. On a visit to California he just decided to stay there and eight months later he had a sponsorship from a board company and was living in San Diego. In 2011, he won the Tampa Am when he was just 17 years old.

His family moved around a lot when he was young, which is the reason he never liked school. He moved from San Diego to Los Angeles in 2014.

He has skateboarded for Nike SB Tours like Kelvin Hoefler.

Trevor Colden Is A Member Of