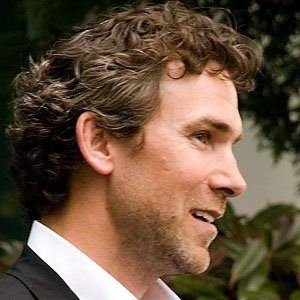 Former NHL right winger who played the majority of his career with the Vancouver Canucks. He retired with 375 career goals to go along with 492 assists.

He won two championships in the Western Hockey League before being drafted into the NHL by the Vancouver Canucks.

He was a two-time All-Star during his career and was the President of the NHL Players' Association for eight years.

He married Cristina Guiusti in 1995.

He played alongside Markus Naslund on the Canucks.

Trevor Linden Is A Member Of