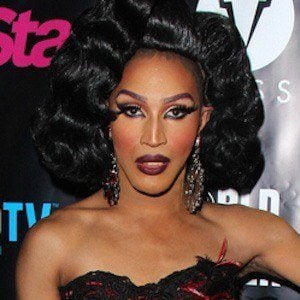 Born Joshua Jones and known for his participation on season 6 of RuPaul's Drag Race on LogoTV under the stage name Trinity K. Bonet. He was eliminated in episode 9, despite being very gifted at both comedy and lip-syncing. In 2014 he began starring in the web series Tha Life Atlanta.

He started doing drag out of Miami but soon moved to Atlanta. In 2012, he learned that he was HIV Positive and bravely opened up about it on the show.

He auditioned for RuPaul's Drag Race because of his mother, who was hospitalized in 2013 for a lung collapse. He said she wouldn't pass away until he had been on RuPaul's Drag Race. His mother survived and got to see Joshua as Trinity on the show.

He has said that he was born in Jacksonville and raised in Miami, but that Trinity was truly born in Atlanta.

At first there was a lot of tension between him and Bianca Del Rio but the two ended up becoming close friends.

Trinity K Bonet Is A Member Of