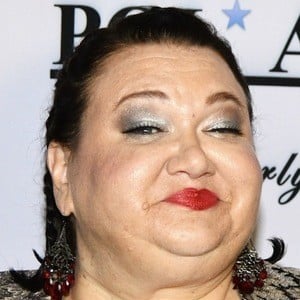 At first best known for her part as Millie Rose in FOX's Glee, Trisha would go on to land a series regular role on the TLC drama series Too Close to Home.

She earned a degree in theatrical performance from Indiana University of Pennsylvania before obtaining her Master of Arts degree in teaching.

She made her professional acting debut in 2008 when she appeared in an episode of ER, as well as a straight-to-DVD movie called Trailer Park of Terror.

She is from Williamsport, Pennsylvania.

She and Kelly Sullivan were both cast in Too Close to Home.

Trisha Rae Stahl Is A Member Of