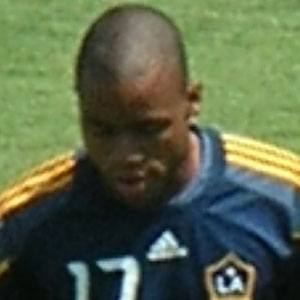 American forward who began his MLS career with the Los Angeles Galaxy in 2009. He spent three years with Chivas USA then joined the Seattle Sounders FC in 2014.

He first played professionally for the USL's San Fernando Valley Quakes in 2007.

He was born to Vernal Bowen and Sophia Craig.

He played alongside star British forward David Beckham on the Los Angeles Galaxy.

Tristan Bowen Is A Member Of