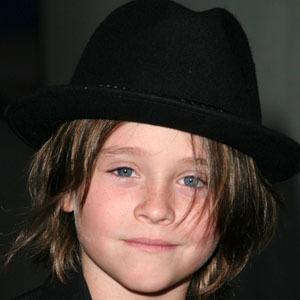 Award-winning actor who has won acclaim for his performances in movies like Superman Returns (2006), All American Christmas Carol (2013), and Losing in Love (2016). In 2017, he began playing Reed Hellstrom on the soap opera The Young and the Restless.

He decided he wanted to act at age 5 and grew up idolizing Johnny Depp.

HIs performance in Superman Returns earned him a Young Artist Award for Best Performance in a Feature Film by a Supporting Young Actor.

Both of his parents have worked in the television business.

He co-starred with Laura San Giacomo in the 2012 drama film Least Among Saints.

Tristan Lake Leabu Is A Member Of