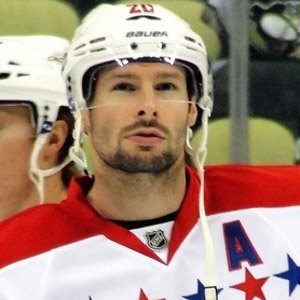 NHL winger who won a Stanley Cup Championship as a member of the Chicago Blackhawks in 2010. He spent his first four NHL seasons in Chicago, then played for the Washington Capitals for four years before a 2015 trade sent him to the St. Louis Blues.

He was taken by the Blackhawks in the Entry Draft in 2004 and played with the Moose Jaw Warriors until being called up to the NHL in 2006.

He won the Bob Clarke Trophy for being the top goal-scorer in the Western Hockey League in 2006.

He married a woman named Carmen.

He was teammates with Andrew Ladd on the Blackhawks as well as the Pacific Vipers.

Troy Brouwer Is A Member Of