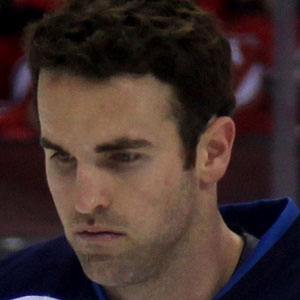 NHL left winger who won Stanley Cup Championships with the Carolina Hurricanes in 2006 and the Chicago Blackhawks in 2010.

He played junior league hockey in a British Columbia Hockey League and then the Western Hockey League, before making his NHL debut with the Carolina Hurricanes in 2005.

His extensive career on NHL-winning teams made him a perfect fit for the Winnipeg Jets, who signed him to a 5-year $22 million contract in 2011.

He was born in Maple Ridge, British Columbia. He married Brandy Johnson in 2011.

Eric Staal was his teammate on the 2006 Stanley Cup-winning Hurricanes team.

Andrew Ladd Is A Member Of