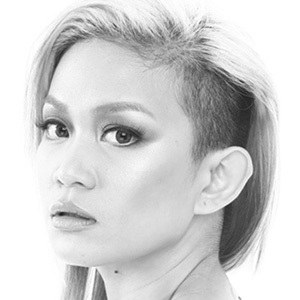 Filipina singer and actress who has released singles such as "Staying Home" and "Di Na Magdaramdam." She has also acted in films such as Captain Barbell and Let the Love Begin.

She appeared in her first film in 2003 called Keka.

She married Coy Placido in 2010 and together they have a son named Kaya Sarangelo.

Tuesday Vargas Is A Member Of