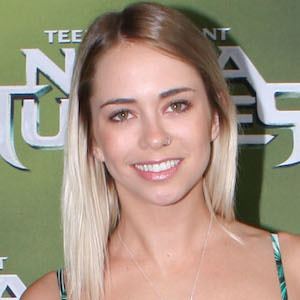 Blogger, social media strategist, and reality star who was a member of the house on Big Brother Australia in 2013. She later got a job with Nine Network as a panelist on Mornings.

She previously worked as a marketing manager with Keystone Hospitality and as social media manager for Clemenger BBDO.

She recommended not going into the Big Brother house looking for love as a piece of advice for future Big Brother contestants.

She is from Sydney, Australia. She previously was in a relationship with Tahlia Farrant.

She appeared on Big Brother Australia while Sonia Kruger served as the host.

Tully Smyth Is A Member Of