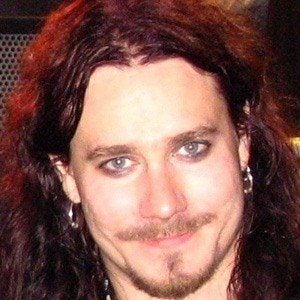 Founded and led the symphonic metal band Nightwish. He was heavily influenced by harmonic film music.

He attended a music college for 11 years, where he studied clarinet, tenor saxophone, piano, and music theory.

He co-wrote the Nightwish film Imaginaerum, which was released in 2012.

He was a devout fan of Disney, Dragonlance, and J.R.R. Tolkien.

Tuomas Holopainen Is A Member Of