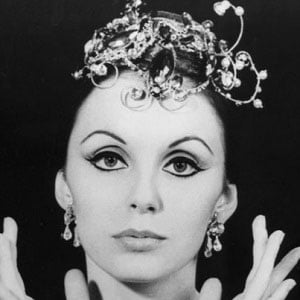 A principal dancer with the New York City Ballet, McBride was a muse to both George Balanchine and Jerome Robbins. Her most well known dance roles include Swanilda in Coppelia, Hermia in A Midsummer Night's Dream, and featured performer in Opus 19/The Dreamer.

She began her career with the New York City Ballet in the late 1950s and, in 1961, became the youngest principal ballerina in the company's history.

She was recognized at the 2014 Kennedy Center Honors.

In 1970, she was featured in the premiere of Who Cares?, a Balanchine-choreographed New York City Ballet production featuring music by George Gershwin.

Patricia McBride Is A Member Of