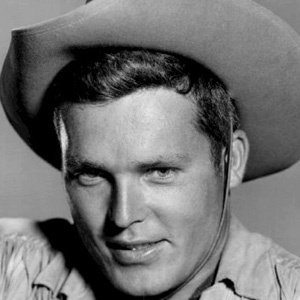 Western veteran actor who is best known for his starring role as Bronco Layne in Bronco.

He fought in the Korean War after enlisting in the U.S. Army.

He also had recurring roles on the series Riptide and Cheyenne.

He was married 8 times, and his eighth marriage was to Caroline Hardin in 2007.

He acted with Henry Fonda in the 1965 classic film Battle of the Bulge.

Ty Hardin Is A Member Of