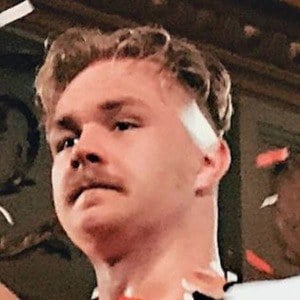 He made his professional wrestling debut in Preston City Wrestling as The Iron Master in 2004.

He is known for his finishing movie, "Tyler Driver '97."

He was born in Dudley, England. He has dated Liv Morgan.

He and Rene Dupree are the first two wrestlers to win a WWE championship as a teenager.

Tyler Bate Is A Member Of