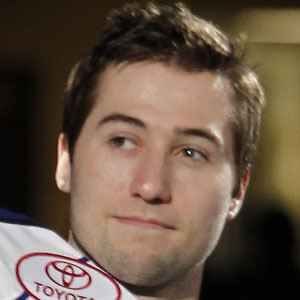 Versatile NHL center who debuted with the Tampa Bay Lightning in 2012 and became one of the team's top offensive players in just his second season.

He played in the WHL with the Spokane Chiefs from 2007 to 2011, then spent time in the AHL with the Norfolk Admirals and Syracuse Crunch.

He was born in Spokane, Washington to parents Debbie and Ken.

He and Steven Stamkos became the top two centers on the Lightning.

Tyler Johnson Is A Member Of