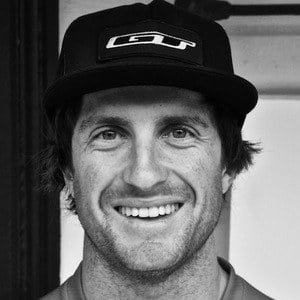 Professional mountain biker known for his daredevil drops and BMX-like tricks who began his career as a downhill racer competing in world cups and world championships. He began riding with the Fox Family in 2003 and would earn sponsorship opportunities from numerous companies.

His first bike was a Specialized FSR Elite.

A video of him landing a triple tailwhip went viral. He has competed in events like Red Bull Joyride, X Games and Red Bull Rampage.

He is the younger brother of Cam McCaul.

He and Graham Agassiz have both conquered the Red Bull Rampage event.

Tyler McCaul Is A Member Of