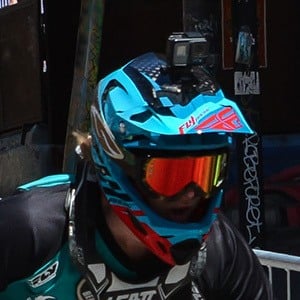 Professional mountain biker who is known for competing in the downhill, free-riding, and dirt jumping categories. He earned sponsorship from Pivot Cycles and shares weekly videos that he releases under the Stoppie Sunday name.

He was introduced to mountain biking by his cousin when he was little. He first gained sponsorship from Pivot Cycles in 2010 when he was just 18.

He is known for having won the King of Crankworx competition in 2015.

He was born and raised in Guildford, England, United Kingdom.

Other professional mountain bikers also from England include Gee Atherton and Josh Bryceland.

Bernard Kerr Is A Member Of