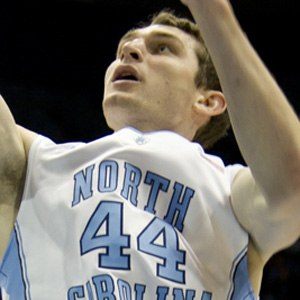 7-Foot NBA center who entered the league with the Cleveland Cavaliers in 2012.

He played 4 years of college basketball at North Carolina, winning an NCAA Championship his freshman year in 2009.

His brothers Luke and also became NBA centers. He married Caitlyn Ferebee in 2014.

In 2012 he began playing alongside All-Star point guard Kyrie Irving on the Cleveland Cavaliers.

Tyler Zeller Is A Member Of