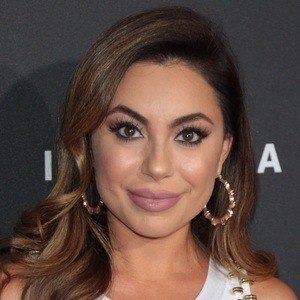 Social media personality, actress, and model who reached the 1 million follower milestone on Instagram to kick off 2015. She has been featured in films such as Good Luck Chuck, Sister Code, and Guardian Angel.

She achieved a master's in marketing and advertising, a business administration degree and an acting degree.

She attracted over 340,000 followers on her Vine account Uldouz beofre the platform was shut down.

She was discovered by John Singleton, who helped produce her television series Living an Uldouz Life.

Uldouz Wallace Is A Member Of