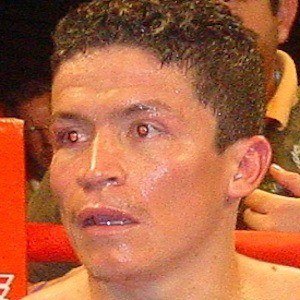 He won his first professional fight, against Adolfo Rosillo in April 2000.

He got into a street fight with Light Middleweight Champion Saul Alvarez and had his jaw broken.

He had to vacate his IBF Light Flyweight title after his street fight with Saul Alvarez.

Ulises Solis Is A Member Of