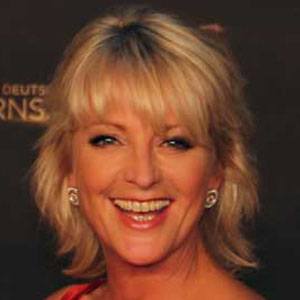 A television actress and presenter in Germany who is known for hosting game shows Minute to Win It, Die Lotto Die, and Die 100.000 Mark Show.

She studied Spanish and German studies from 1981 to 1984 at University of Bonn.

She won the 1998 Telestar award for Best Moderation Entertainment for Die Lotto-Show.

She and television personality Guy Fieri hosted their own shows.

Ulla Kockambrink Is A Member Of