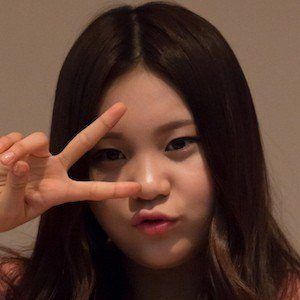 She and five other members make up the six piece K-pop girl group GFriend. The group has become known for three top EPs and the debut album L.O.L. released in 2016.

Like her bandmates SinB, Yuju, Eunha, and Yerin, she studied at the Seoul School of Performing Arts.

The members of GFriend have appeared on numerous variety shows from the 11th Idol Star Athletics Championships to Weekly Idol.

In 2016, she and her older brother Kim Bo-geun competed on the National Idol Singing Contest. She also has one sister.

She is joined in GFriend by fellow K-pop singer Sowon.

Umji Is A Member Of