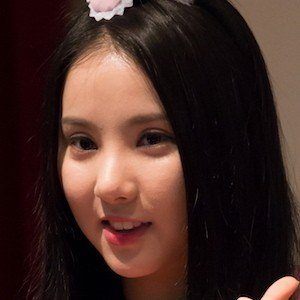 Jung Eun-bi, known otherwise as Eunha, is one sixth of the K-pop girl group GFriend. After making their debut in 2015, they released their first album L.O.L in 2016.

Like her bandmate SinB, she studied at Seoul School of Performing Arts.

In 2016, she made an appearance in the MBigTV web drama Oh My God! Tip.

In 2016, she was featured on the Park Kyung single "Inferiority Complex."

Eunha Is A Member Of