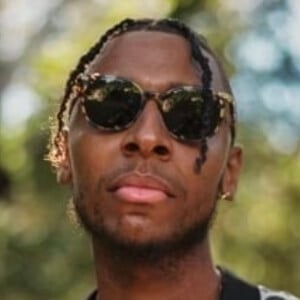 American singer and saxophonist who has won acclaim as the leader of the Trap House Jazz collective, which boasts more than 100 members. Some of his most popular projects include the 2015 EP Pink Polo and the 2016 mixtape Loose Thoughts.

He grew up performing in his local church band. He got his start playing the drums.

Every live show he creates new beats from scratch with his looper pedal.

His real name is Micah Davis. His father is Jamaican and his mother is American.

Kanye West was the inspiration behind his Pink Polo EP.

Masego Is A Member Of