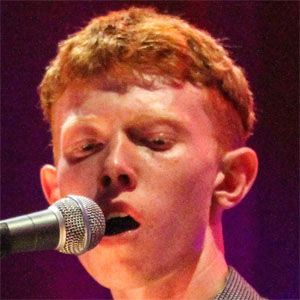 Known for music that fuses many different genres, including jazz, punk, hip-hop, new wave, and electronic dance, this British vocalist, songwriter, and guitarist released his debut studio album, Six Feet Beneath the Moon, in 2013.

He began recording music in 2010 under the alias Zoo Kid; he would adopt the moniker King Krule a year later.

His music video for "A Lizard State" has been viewed more than two million times on YouTube.

Born Archy Ivan Marshall, he spent his childhood between his father's and mother's respective homes in Peckham and East Dulwich, England.

King Krule Is A Member Of