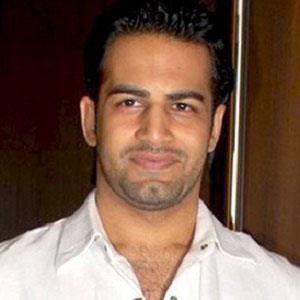 Famous for his IIFA and Zee Cine Award-winning performance in the 2006 Bollywood film 36 China Town, he is also notable for his work as a runway and cover model. In the latter capacity, he won four Asia Fashion Awards and was photographed for Seventeen, GQ, and Men's Health magazines.

He began modeling during his teenage years and continued his involvement in the fashion industry while studying computer science at the University of Hertfordshire. He began his rise to fame while competing on -- and ultimately winning -- the Supermodel Hunt reality competition.

He appeared on the Star One culinary program Cook Na Kaho and later competed on the Colors channel's Bigg Boss reality show.

The child of Indian parents, he grew up in London, England.

He appeared with Katrina Kaif and Akshay Kumar in the hit 2007 Bollywood film Namastey London.

Upen Patel Is A Member Of