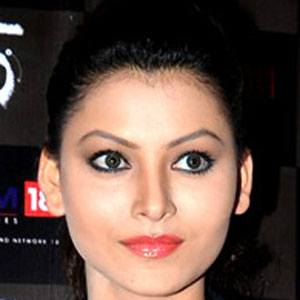 Indian model and actress best known for her work in Bollywood films and for winning Asian Super Model India in 2011. She won the title of Miss Universe India in 2012, but she was disqualified for being too young. Some of her most popular films include Great Grand Masti and Kaabil.

She competed in the Miss Teen India competition in 2009 when she was fifteen.

In 2011, she won the Miss Tourism Queen of the Year International commendation.

She was born to Manvar and Meera Singh.

She appeared in the 2013 film Singh Saab the Great, which starred Sunny Deol.

Urvashi Rautela Is A Member Of