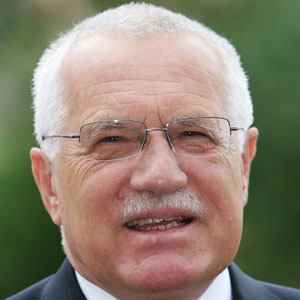 After graduating from the University of Economics, Prague and subsequently taking classes at several Italian and American universities, he worked for a time for the Czechoslovak State Bank.

He resigned from his office as Prime Minister as a result of critique of his fiscal policy.

His marriage to Slovak economist resulted in two children.

He succeeded Vaclav Havel as President of the Czech Republic.

Vaclav Klaus Is A Member Of