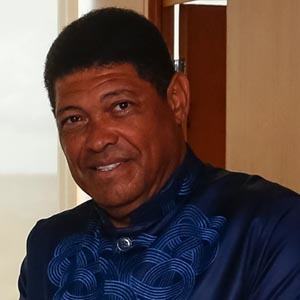 Evangelical pastor who is the founder and leader of the World Church of the Power of God. They have over 2000 temples across Brazil.

He completed his formal education in his fifth grade of elementary school. He graduated from the Order of Evangelical Theologians from Latin America.

He served in the Universal Church for 18 years, but was expelled in 1998 after a disagreement with leader Edir Macedo.

He has two siblings, Nicanor Paula Gonçalves de Oliveira and Valdinei Santiago. His wife is Franciléia Santiago. They had a daughter, Juliana Santiago, in DATE.

Josue Brandao is also a prominent Evangelical leader from Brazil.

Valdemiro Santiago Is A Member Of