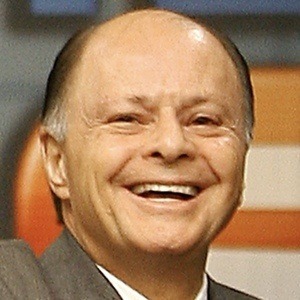 Evangelical leader who founded the Brazilian Christian megachurch known as the Universal Church of the Kingdom of God. Additionally, he has served as the owner of RecordTV, one of the largest television networks in Brazil.

He was raised Catholic but eventually converted to Pentecostalism. He worked as a researcher with the Brazilian Institute of Geography and Statistics in the 1970s.

His net worth has been reported at $1.1 billion, making him Brazil's wealthiest pastor.

He married Ester Bezerra in 1971. He has children named Cristiane, Viviane and Moisés.

He was portrayed by Petronio Gontijo in the biographical film Nada a Perder (2018).

Edir Macedo Is A Member Of