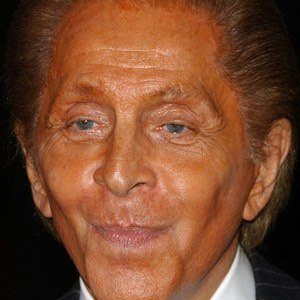 Italian fashion designer who founded the Valentino SpA company in 1959. He is one of the country's most acclaimed designers, receiving honors like the Couture Council Award for Artistry of Fashion from the Museum at the Fashion Institute of Technology.

He worked as an apprentice for designers like Jacques Fath and Jean Desses.

He was the subject of the acclaimed 2008 documentary Valentino: The Last Emperor.

Many world-renowned models, including Claudia Schiffer, showed up for his final haute couture show in 2007.

Valentino Garavani Is A Member Of