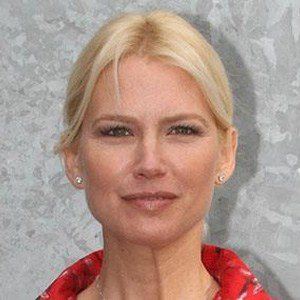 Model known for sharing the Sports Illustrated Swimsuit Issue cover with Tyra Banks, as well as her other numerous high fashion magazine covers.

She began modeling when she was 16 after being discovered by hairstylist Roberto Giordano.

She is a passionate philanthropist and lent her name and money to several charities throughout her career.

She married businessman Alejandro Gravier in 1998 and had four children: Balthazar, Tiziano, Benicio, and Taína.

Like Alice Goodwin, she has appeared in editorial shoots for Glamour magazine.

Valeria Mazza Is A Member Of