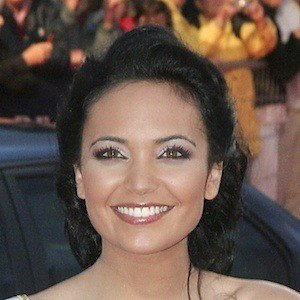 French reality television personality and beauty pageant contestant who is known for her appearance in the 2009 television series Seconde Chance. She is also known for winning the Miss Reunion pageant in 2007.

She first began her career in entertainment by competing in beauty pageants. In 2008, she won the pageant for Miss France representing Reunion Island. She received critical attention and began starring in television.

She is known for being involved in several programs against breast cancer and genetic disease. She is also known for participating in Danse avec les stars.

She married Camille Lacourt in August of 2008 and had her daughter Jazz in October of 2012.

She posted a picture with Malika Menard to her Instagram in April of 2017.

Valerie Begue Is A Member Of