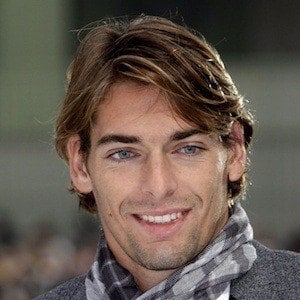 Professional swimmer who is most recognized for being a backstroke specialist. He has competed in multiple Olympics in the 100-metre individual backstroke.

He won three gold medals at the European Championships in 2010 where his career as a professional swimmer began.

With several posts featuring both his athletics and lifestyle, he has a Instagram presence with over 130,000 followers.

As a swimmer for France, he can often be seen with his teammate Florent Manaudou.

Camille Lacourt Is A Member Of