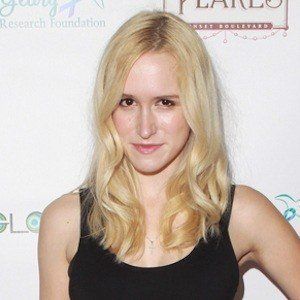 Actress, filmmaker, and screenwriter most well known for writing, starring in, and directing the 2016 acclaimed film Lola's Last Letter. She also played Trixie in several episodes of Justified.

Her first original screenplay, Dying with Daisy, penned in 2011, was a Nicholls Screenwriting Fellowship quarterfinalist for Best Original Feature Screenplay.

She has guest starred in a number of popular television shows including Lie to Me, Sunday Brunch, and uncool.

She was born in Santa Barbara, California, but would later live in Los Angeles.

When she appeared on Justified, she acted opposite Timothy Olyphant and Nick Searcy.

Valerie Brandy Is A Member Of