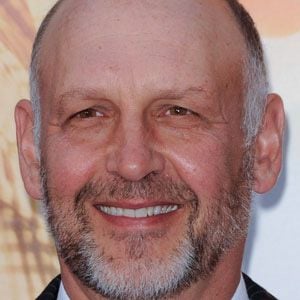 Most famous for his role as U.S. Marshal Art Mullen on the FX series Justified, Searcy is also known for playing Deke Slayton in the HBO miniseries From the Earth to the Moon.

After receiving a bachelor's degree in English from the University of North Carolina at Chapel Hill, he moved to New York City and acted in several Off-Broadway productions. In the early 1990s, he played small roles in films such as The Prince of Tides and Days of Thunder.

In the mid-to-late 1990s, he directed, produced, and starred in an award-winning independent film titled Paradise Falls.

A native of Cullowhee, North Carolina, he later settled in Los Angeles, California with his wife Leslie Riley and his children Omar and Chloe.

He appeared with Kathy Bates and Jessica Tandy in the Oscar-nominated 1991 film Fried Green Tomatoes.