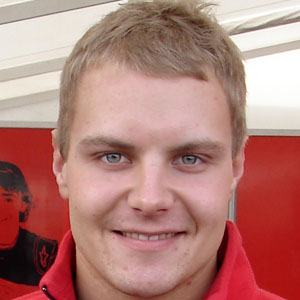 Finnish race car driver who has competed in Formula One for Mercedes. He was previously a member of the Williams team from 2013 until 2016. He has won championship titles in series like the GP3 Series and Formula Renault Eurocup.

He burst onto the racing scene in 2007 in the Formula Renault 2.0 NEC series.

By winning the Masters of Formula 3 in 2009 and 2010, he became the first driver ever to win the title twice.

He married Olympic swimmer Emilia Bottas in 2016. They separated after three years of marriage. Shortly after his divorce, he began dating cyclist Tiffany Cromwell.

He has been teammates on the Williams racing team with Brazil's Felipe Massa.

Valtteri Bottas Is A Member Of