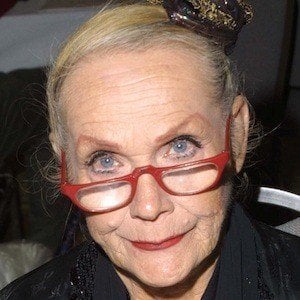 She worked as a dancer and singer around Hollywood, once crossing paths with a young Norma Jean Baker, now known as Marilyn Monroe.

She dressed up as Morticia Addams from Charles Addams' The Addams Family and won top prize at a masquerade ball.

She was born Maila Nurmi, in Petsamo, Finland. Her uncle Paavo Nurmi was a multiple Olympic medallist in distance running.

Legend has it she was fired by Mae West from the production of Catherine Was Great because West feared the competition from her beauty.

Vampira Is A Member Of