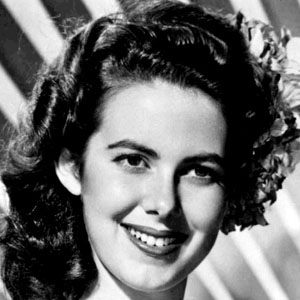 Austrian actress remembered for TV roles like that of Liz Cooper on the sitcom My Favorite Husband. On film, she made a name for herself with roles in films like The Secret of St. Ives and The Bad and the Beautiful.

She and her family left Austria for Paris, France to escape the Nazis in 1937.

She has two stars on the Hollywood Walk of Fame for her contributions to film and television.

She co-starred with Lana Turner in the 1952 melodrama The Bad and the Beautiful.

Vanessa Brown Is A Member Of