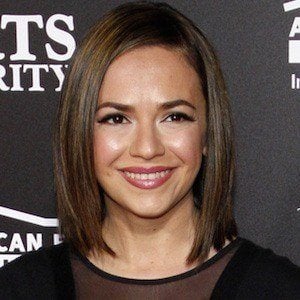 Actress best known for her 2011 performance in Warrior. She has also held notable roles in Solitude, Limbo, and the 2015 Disney film McFarland, USA.

She graduated from the College at St. Mary's University in Texas. She had early acting roles in the TV series Walker, Texas Ranger in an episode called "Deadline" and in a film called Lone Star.

She was featured in several episodes of the show Susanna in 2013.

She and Morgan Saylor costarred in the film McFarland, USA.

Vanessa Martinez Is A Member Of