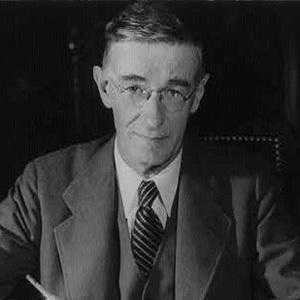 American engineer who initiated the Manhattan Project while head of the U.S. Office of Scientific Research and Development during World War II. He established The Raytheon Company, a major American defense contractor, in 1922.

He was vice president of his class sophomore year and became president the following year.

He is credited with one of the earliest versions of the World Wide Web.

He got married and had two sons: Richard, a surgeon, and John, president of Millipore Corporation.

He and Albert Einstein both played large roles in the success of the Manhattan Project, which ended WWII with tragedy.

Vannevar Bush Is A Member Of