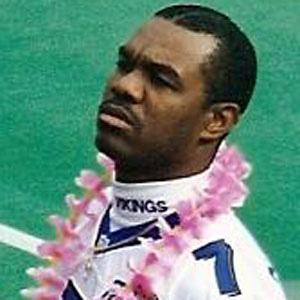 Star NFL quarterback who played for the Philadelphia Eagles from 1985 to 1995. He was known for his strong arm and unique running ability.

He was an All-American punter at the University of Nevada at Las Vegas.

He occasionally played as a punter, once punting a record-setting 91-yarder against the New York Giants.

He married Felicity De Jager in May 1993, and together, they had three children, Vashti, Christian and Randall II. Their youngest, Christian, tragically died in a 2010 drowning accident.

He had the best victory of his career in 1998 over Brett Favre's Green Bay Packers.

Randall Cunningham Is A Member Of