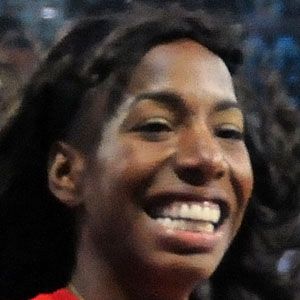 High jumper who won a silver medal representing the United States at the 2012 Olympic Games. In 2011, she won gold at the bi-annual Universiade.

In 2013, she was a finalist for The Bowerman award, given to the most outstanding student-athlete in track and field in the country.

She grew up with her siblings Shawn-De Barrett and Takiya Barrett-Ross.

She was teammates with Chaunte Lowe on the 2012 U.S. Olympic Track Team.

Brigetta Barrett Is A Member Of