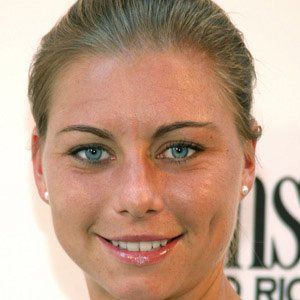 Russian female tennis player who has been ranked as high as second in the world rankings. She was won double-digit singles championships on the WTA Tour.

She took home the Bronze at the 2008 Summer Olympics in Beijing, where she was defeated by Russia's Elena Dementieva.

Her parents are Igor Zvonarev and Natalia Bykova.

Vera Zvonareva Is A Member Of