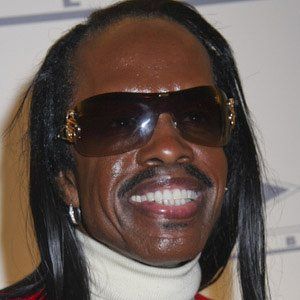 Bass guitarist known for his work with Earth, Wind & Fire. A Rock & Roll Hall of Fame member, he won numerous Grammy Awards for his energetic performances.

As a child, he took bass lessons with a member of the Chicago Symphony Orchestra.

He established the Verdine White Foundation with the purpose of providing music lessons to talented children from poor households.

His brothers, Maurice and Fred White, were both drummers. His wife, Shelly Clark, was a member of the R&B band Honey Cone.

Verdine White Is A Member Of