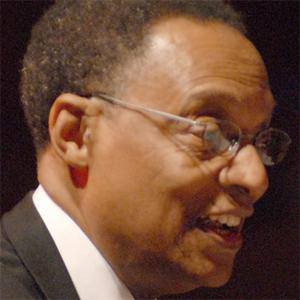 Noted for his ability to appeal to non-jazz audiences. He hosted Chicago WNUA's Ramsey Lewis Morning Show for many years. He won three Grammy Awards throughout his career.

He was a member of The Cleffs, his first jazz band, at the age of 15. He helped form the Ramsey Lewis Trio during his time at DePaul University.

He was born to parents Ramsey Lewis Sr. and Pauline Lewis. He began his musical training on the piano at four years old.

He collaborated often with Herbie Hancock.

Ramsey Lewis Is A Member Of