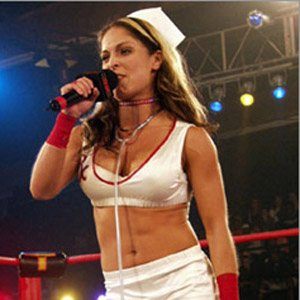 Professional wrestler under the alias "Simply Luscious" known for winning the World Championship and Tag Team Championship with Women's Extreme Wrestling. She is famous for her finishing move, "Luscious Landing."

She was involved in karate and ballet before turning to wrestling.

She became the first female wrestler ever to graduated from Shawn Michaels' Texas Wrestling Academy.

She was previously married to hockey player Ryan Pisiak.

She and Jamie Szantyr have both won championships in Women's Extreme Wrestling.

Veronica Stevens Is A Member Of