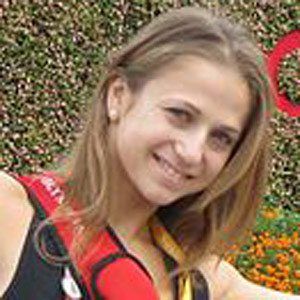 Rhythmic gymnast who finished sixth at the 2008 Olympics while representing Israel.

She began studying rhythmic gymnastics when she was just six-years old.

She has also had a successful career as a model.

She was born in Grodno, Belarus, and immigrated to Israel when she was 13.

She was part of an Israeli contingency at the 2008 Olympics that included Shahar Tzuberi.

Veronika Vitenberg Is A Member Of