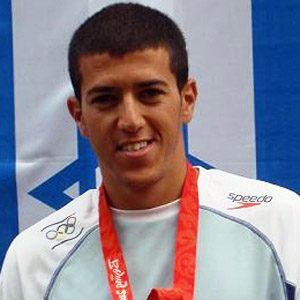 Windsurfer who competed in his first Olympics in 2008 in Beijing, where he won the bronze medal.

He began surfing at age 7, and after joining the Israel Defense Forces in 2005, he was granted "Athlete of Excellence" status, which allowed him to continue competing.

He won back to back European Championships, in 2009 and 2010, in Israel and Poland, respectively.

His uncle Gad Tsobari was a wrestler who escaped Arab terrorists at the 1972 Olympics.

He competed in the 2008 Olympics where American swimmer Michael Phelps set a number of Olympic records.

Shahar Tzuberi Is A Member Of